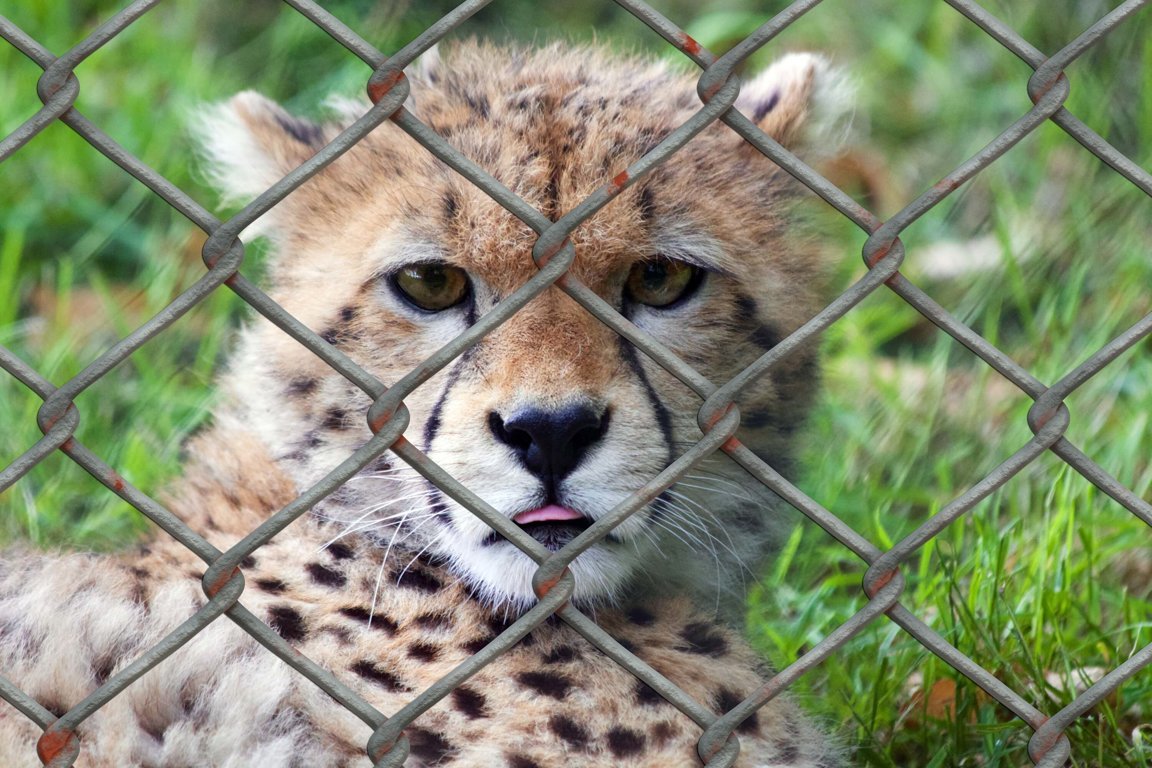 Captive hunting operations—also referred to as "shooting preserves," "canned hunts," or "game ranches"—are private trophy hunting facilities that offer their customers the opportunity to kill exotic and native animals trapped within enclosures. Some facilities have even allowed their clients to kill animals remotely via the Internet.

The animals killed in captive hunts may come from private breeders, animal dealers, circuses or even zoos. These animals are frequently hand-raised and bottle-fed, so they have lost their natural fear of people. In many facilities, the animals expect to be fed at regular times by familiar people—a setup that guarantees a kill for trophy hunters.

Endangered species are even available at captive hunts. Several species of threatened and endangered animals are regularly advertised at captive hunting ranches. For example, the International Union for the Conservations of Nature and Natural Resources lists the scimitar-horned oryx and Pere David's deer as extinct in the wild; the Dama gazelle and the addax as critically endangered; the Arabian oryx and markhor as endangered; the blackbuck and bongo as near threatened; and the Nubian ibex, aoudad, barasingha, mouflon, yak and European bison as vulnerable.

Although the Endangered Species Act (ESA) protects animals listed as endangered or threatened, captive hunt enthusiasts exploit loopholes in federal law that allow captive-bred wildlife to be killed if permitted by state law. This creates a market for endangered species’ trophies, and can encourage illegal poaching of the animals in their native habitat. Issuing permits to shoot endangered species on these ranches contradicts the basic purposes of the ESA, which is to conserve endangered and threatened wildlife – not kill them.

Semi-tame animals make easy targets, so captive hunt operators can offer their customers a guarantee of "no kill, no pay." The animals are guaranteed something as well—that there will be no escape.

Due to the high population densities on captive hunts, risk of disease transmission increases, posing a threat to animals inside and outside the fences. And it is doubtful that those involved in the captive hunting business provide acceptable veterinary care for their animals. Diseases such as tuberculosis and brucellosis—which can also infect farm animals and other wildlife—have been diagnosed in captive wildlife. Michigan battled an outbreak of tuberculosis among deer a few years ago due to baiting, which encourages animals to congregate in small areas. Chronic wasting disease, a fatal disease that infects deer, elk, and moose, is another serious concern. CWD has been reported in 19 states; in 11 of these states CWD was present in captive wildlife populations. In 2011, new cases of CWD have been reported in South Dakota, Illinois, West Virginia, Minnesota, Maryland, Nebraska, and Kansas.

Although there must legally be fencing around captive hunts, animals often can and sometimes do escape from these facilities. Since 2007, there have been 48 instances of elk escaping from captive facilities in Iowa alone. In Wisconsin, captive facilities reported 437 escapes from 2004 to 2007. The interstate transport of animals for breeding purposes increases the possibility of spreading these diseases even further. Once present, CWD becomes increasingly difficult to control, and attempts to halt the disease can cost taxpayers millions of dollars. Through escaped animals, fence-line transmission, or environmental contamination, game farms and captive hunting ranches are putting our wild herds at grave risk.

Captive hunting is a lucrative and expanding industry. It is estimated that more than 1,000 captive mammal hunting operations are operating in at least two dozen states. Several factors feed into that expansion: The overbreeding of captive exotic animals, the desire by some hunters with plenty of cash for a quick and easy kill, and the incentive to bag exotic mammals provided by Safari Club International's "Introduced Trophy Game Animals of North America" trophy hunting achievement award.

Do all hunters support captive hunting? No. As hunter and noted author Ted Kerasote puts it, "'Canned hunting' is a misnomer. More accurately defined as 'shooting animals in small enclosures,' the activity has nothing to do with the motives that inform authentic hunting: procuring healthy, organic food; participating in the timeless cycles of birth, death, and nurturing; honoring the lives that support us; and reconnecting with wildness. No matter where one stands on hunting—vehemently opposed to it or seeing it as yet another way to live sustainably on earth—one ought to decry shooting animals behind fences."

"Fair chase"—a concept central to the philosophy of many in the hunting community—doesn't exist in captive hunts. The self-described ethical hunting community (including groups like Boone & Crockett, Pope & Young, and the Izaak Walton League) is becoming increasingly vocal in its opposition to canned hunting.

As reviled as captive hunting is by non-hunters and hunters alike, no federal law bans the practice, and only about half of the states have policies that ban or restrict canned hunts. The regulations implementing the federal Animal Welfare Act do not apply to game preserves, hunting preserves, and captive hunts. Although the Endangered Species Act protects animals listed as endangered or threatened, the Fish and Wildlife Service does not prohibit private ownership of these animals and even allows captive hunting of endangered species.