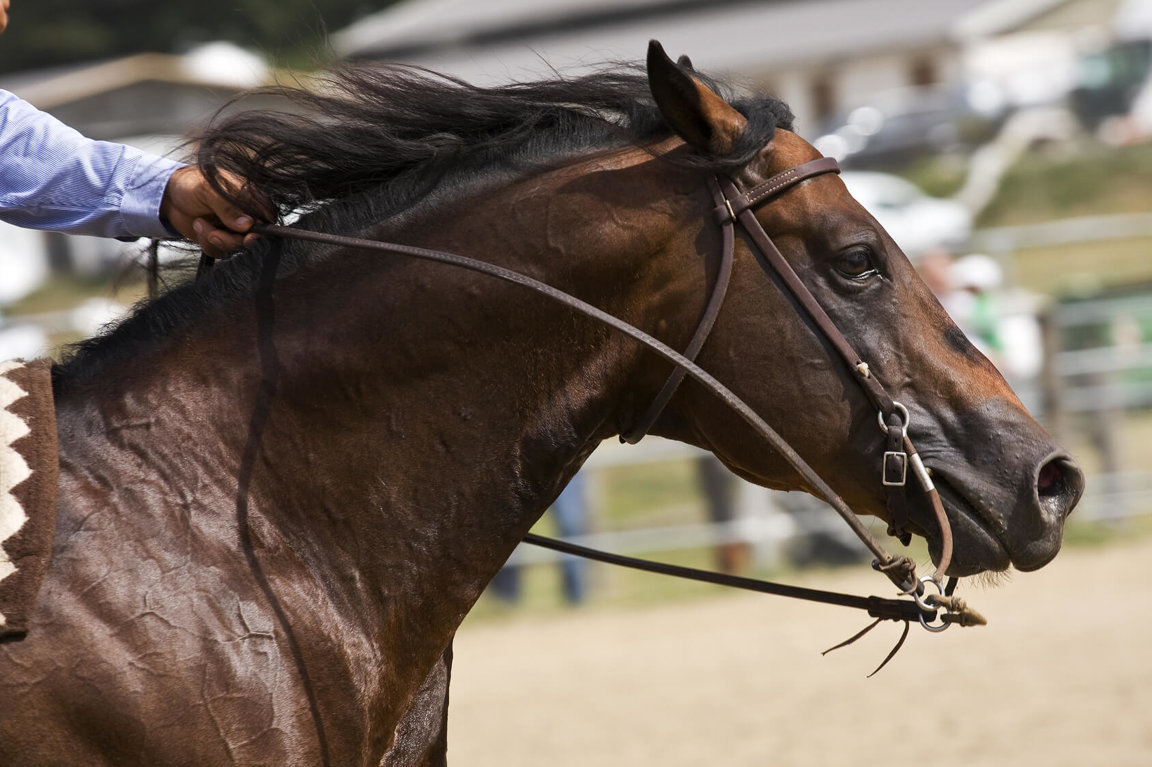 “The most exciting two minutes in sports” are actually the deadliest. While spectators enjoy their mint juleps in over-the-top fashion at the Kentucky Derby, the horses are given drug cocktails to enhance their performance and mask their pain and injuries, and more than 1,000 of the “athletes” die every single year.

What if other sports had the same odds? What if three NFL players died every Sunday?

Horse racing is not a sport. It’s a blood sport. Until the cruelty ends, please don’t go to the racetrack or have a Kentucky Derby party or watch the Triple Crown races on TV. And please, never bet on horse racing—because the only sure thing in horse racing is that the horses always lose.

Many fragile, young horses are injured and killed before they ever even race. Thoroughbreds who survive are given drug cocktails to enhance their performance and mask the pain of their injuries—a practice that makes the horses even more vulnerable to the kind of catastrophic injury that killed Eight Belles at the 2008 Kentucky Derby and more than three horses every day on U.S. tracks. Nehro, the second place finisher at the 2011 Kentucky Derby, was forced to run and train on extremely painful, deteriorating hooves—one of which was held together with superglue. Nehro died at Churchill Downs on Kentucky Derby day in 2013.

When horses are no longer profitable, many owners discard them. Every year, as many as 15,000 Thoroughbreds are crowded onto trucks, shipped on long and terrifying journeys to Canada and Mexico, and slaughtered so their flesh can be sold for human consumption. But the industry continues to breed tens of thousands more Thoroughbred mares each year, perpetuating a deadly cycle.

The scale of drug abuse by trainers at the race course is highlighted in figures from Kentucky Horse Racing Commission papers. 46 horses tested positive at Churchill Downs in 2014 for unsafe levels of permitted or banned substances. Among the substances were methamphetamine, painkillers, steroids and anti-inflammatory drugs. The numbers reveal only a fraction of the drug abuse as not every horse is tested - only the first three winners in a race.

The life of a horse used for racing is miserable and painful. The use of performance-enhancing and pain-masking drugs is rampant in the racing industry. The horses are more likely to suffer from pulmonary bleeding and catastrophic injuries on the track as they’re pushed beyond their physical limits. While their bones are still growing and not yet strong enough to handle the speed of racing, the abuse of yearlings and 2-year-olds in training is commonplace, resulting in catastrophic injuries and often death. The horse racing industry keeps this figure quiet and quite literally puts up screens to blind viewers to the carnage.

Jockeys have been known to whip horses so mercilessly that the animals’ eyes have hemorrhaged and they’ve sustained other injuries. Hard-packed dirt surfaces make it more likely that horses will break a bone. Equine Injury Database studies have shown that grass and even synthetic surfaces are far less likely to result in injuries.

Owners in constant search of the next Triple Crown winner force winning horses to breed excessively, hoping for their next big paycheck. As if the races themselves weren’t hard enough, the horses endure repeated auctions, serial ownership, and constant travel throughout their careers. Retirement equals slaughter. When Thoroughbreds are no longer making money, many are shipped to Mexico, Canada, or Japan to be slaughtered for food.

The easiest and best way to speak out against this travesty is by not supporting these tragic events. Avoid everything related to horse racing, including betting on, watching, and attending races as well as attending Kentucky Derby parties.