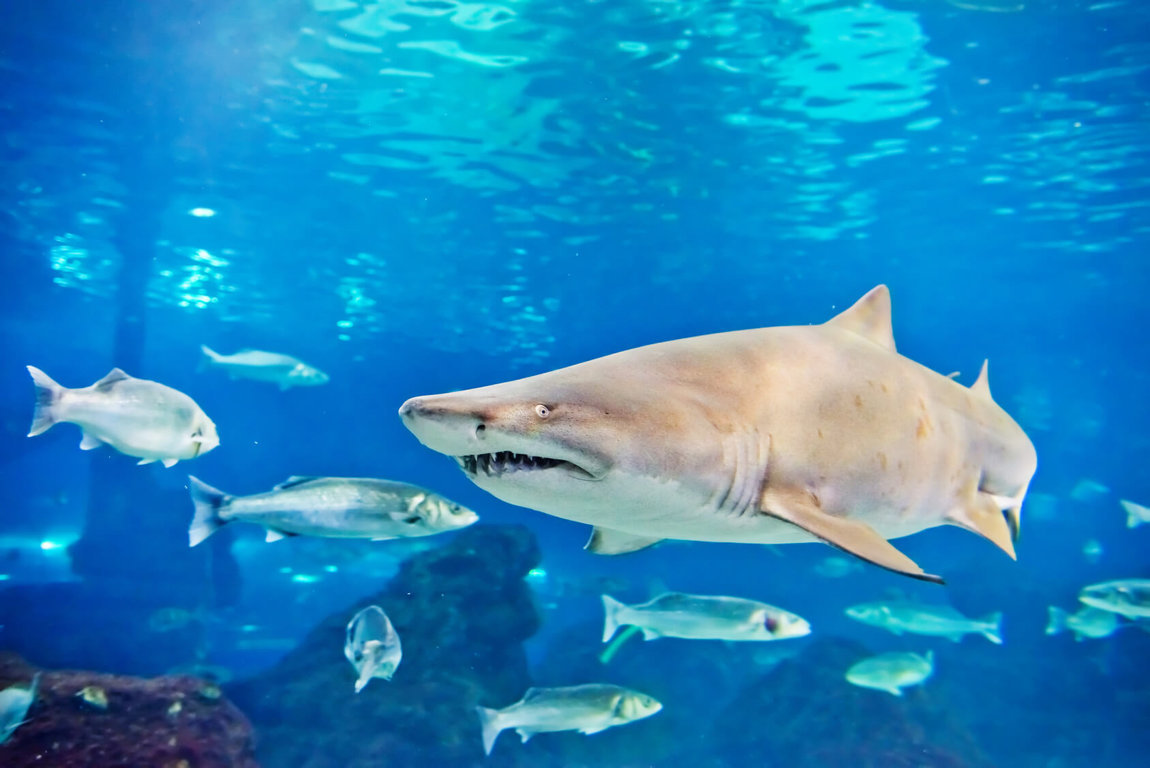 Don't be afraid OF sharks; be afraid FOR them. There are more misunderstandings and untruths about sharks than almost any other group of animals on the planet. While many people fear sharks, it is the sharks who should be fearing us.

According to the shark attack file, maintained by the Florida Museum of Natural History, on average 5 people die worldwide from shark attacks. Research published in 2006 found that up to 70 million sharks are killed by humans each year, mostly for their fins. This is a devastating death toll for a long-living species that is as slow to reproduce as sharks.

Sharks have roamed the oceans far longer than most land animals have been here. They were here before many of the dinosaurs and have outlasted them. But an international assessment of sharks undertaken by the World Conservation Union reveals that their future is in doubt.

Of 546 shark species assessed, 111 species were at significant risk of global extinction. Twenty species are listed as critically endangered and 25 as endangered. A study published in the journal Science concluded that some shark species have lost 80% of their populations just in the past 40 years including hammerhead sharks, thresher sharks and porbeagle sharks. While hammerhead shark is a name familiar to most, most people have never heard of porbeagle sharks...some of the lesser known sharks are in even greater danger.

Sharks can range from being just inches in length (like the tiny cookie cutter shark) to being larger than a school bus (like the giant plankton-eating whale shark). Though sharks perform the same role in the ocean ecosystem that is performed by well-known predators such as lions, tigers and cheetahs on land, the fact that they live in such an alien world makes it hard for us to know about their lives. What we do know is pretty fascinating.

Sharks shed their teeth. A single shark may lose thousands of teeth over its life and this accounts for the many shark teeth found by beach combers throughout the world. Their teeth are connected to a membrane in their mouth that is constantly being pushed forward as new teeth form. New teeth are generally slightly larger than the ones before. This allows the size of the shark's teeth to keep pace with the growth of the rest of the body.

Sharks are picky eaters. Some sharks eat only plankton, others eat small fish or squid, and still others eat large fish and marine mammals. The type of teeth a shark has will show you what it eats. Great white sharks have teeth with serrated edges for slicing off pieces from larger prey, the teeth of  mako sharks are thin and pointed for grabbing onto slippery fish. Nurse sharks and other bottom dwellers tend to have thicker teeth for crushing shellfish. No matter the tooth shape, sharks never chew their food.

You're more likely to die as a result of being electrocuted by lighting than being attacked by a shark. More deadly than shark attacks each year are crocodile attacks, hippo attacks, and even attacks by pigs.

Many sharks are warm blooded. Unlike the rest of the fishy world, many large sharks can maintain their body temperature higher than the ocean temperature around them.

Some sharks lay eggs, but others give birth to live young and may not be sexually mature until they are over the age of 10.

We don't know whether sharks sleep. Sometimes they seem to rest, but their eyes don't close and if they sleep, they certainly don't sleep the way that mammals can.

There is a lot we don't know about sharks, but we DO know that if we don't act soon to stop overfishing, some of the most ancient and magnificent animals on the planet may soon disappear.