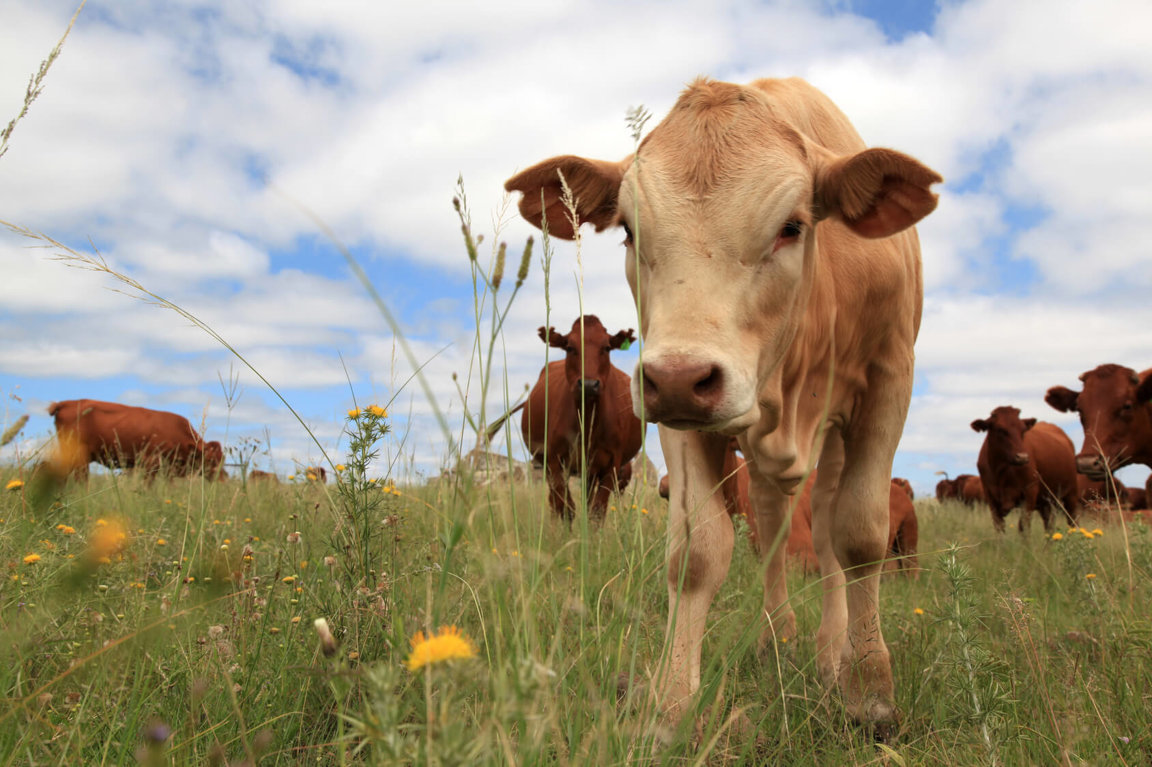 While it may seem shocking, animal agriculture produces significantly more greenhouse gases than all of the traffic in the world combined. Spouting out huge percentages of carbon dioxide and nitrous oxide, the industry is leaving behind pollutants known to remain in the atmosphere for more than 100 years. Then there is the issue of animal waste which produces toxic levels of methane and ammonia, which leads to climate change as well as acid rain.

Livestock animals produce toxic excrement from the high levels of antibiotics and hormones they are given. Factory farming is responsible for 18% of CO2 greenhouse emissions and 64% of ammonia which creates acid rain.

Cows and sheep account for 37% of the total methane generated. Cows alone produce approximately 120lbs of manure per day, as many as 20 to 40 humans. And their manure produces about 150 billion gallons of methane per day. Methane is 25 to 100 times more damaging than CO2.

The overpopulation of animals in factory farms creates unmanageable amounts of waste which is collected in cesspools. It is either sprayed on fields or left to sit. The toxic fumes from the pools are emitted into the air and harm the environment – causing health issues to the people living in those areas.

In addition to the pollution of the air we breathe, animal agriculture is also destroying our waterways. Aside from the animal excrement itself, there are also hormones, antibiotics, pesticides, fertilizers and other chemicals running off into rivers, lakes, streams and our drinkable water. These practices are also causing dead zones in the oceans, rivers and lakes, leaving patches of underwater habitats with very low oxygen and causing marine life to die.

Animal Agriculture Takes Up Too Much Land

Animal agriculture takes up over 40% of the planet. Whole communities around the world have been displaced in order to make room for factory farms.

Livestock factories lead to deforestation. As much as 80% of the Amazon Rainforest has already been destroyed and is now occupied by pastures and feed crops. Tropical deforestation and forest clearing have adverse consequences that contribute to biodiversity loss.

Nearly two thirds of land on our planet was once covered by grasslands, but much of these magnificent ecosystems have been lost to farming. The result is a catastrophic reduction of critical wildlife habitat. Remaining grasslands cover about half of African lands, while less than 4 percent of prairies survive in the United States.

Animal Agriculture Is Destroying Our Soil

Unlike sustainable farming systems that work harmoniously with the natural environment by rotating crops to help replace nutrients, unsustainable industrial farming uses one crop that is not rotated which leads to loss of soil fertility. Low soil fertility causes farms to continuously move from place to place which leads to deforestation and rapid growth in weeds.

The use of herbicides to combat weeds and pesticides to eliminate insects both harms the soil fertility and ultimately contaminates our water sources through runoff. Land based factory farming has caused more than 500 nitrogen flooded dead zones around the world.

What You Can Do

For the the health of our planet and the future of its animals, agriculture must shift from animal production to providing vegetable based food sources. Reducing the devastation caused by animal factory farming begins with you. Choosing to buy vegan, 100% plant-based food and products is an easy way to help save the planet while also reducing the suffering of an animals.