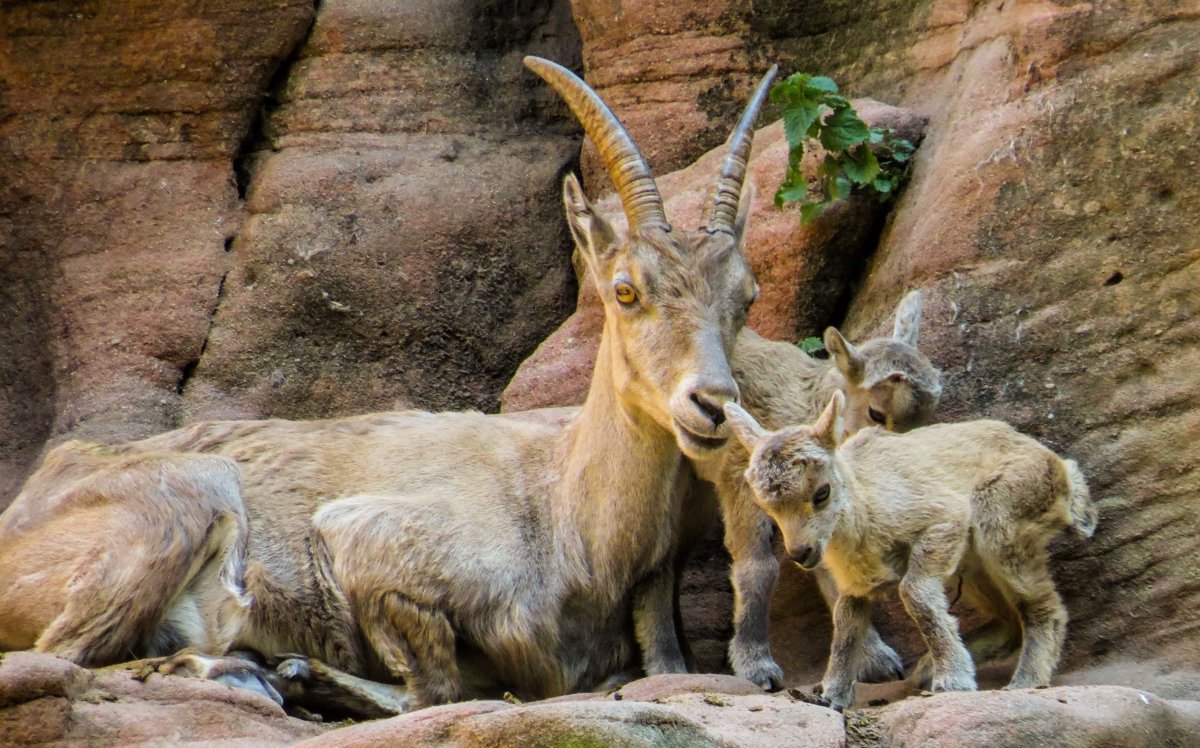 Despite their name, mountain goats are actually part of the antelope family. They live in the Rocky Mountains and coastal ranges of northwestern North America. Their preferred habitat is rugged terrain such as steep rocky cliffs, ledges, and talus slides. Males are called billies. Females are called nannies. Babies are called kids.

Mountain goats have a long face, long black horns, and short tails. The chins of both males and females possess beard-like hairs. Their woolly, white fur helps to keep them warm at high, mountain elevations. In the snow it hides them from predators. In the winter mountain goats grow a double layer of fur for extra warmth. In the summer the overcoat molts and they remove it by rubbing up against trees.

Mountain goats are very agile; able to scale steep, rocky ledges with ease. By living in an extreme alpine environment they are able to avoid predators. Mountain goats have pliable hooves with rubbery pads and strong muscular forequarters, enabling them to maintain traction on craggy rocks. They can jump nearly 12 feet in a single bound.

Mountain goats eat grasses, shrubs, herbs, sedges, ferns, lichen and mosses. They feed on cud that they eat, regurgitate, and eat again. In the summer they stay above the tree line. They migrate to lower elevations in the winter.

Mountain goats are active during the day and night. They rest under overhanging cliffs. Most mountain goats live in herds, moving around throughout the season. During the summer small groups travel to salt licks. Females spend most of the year in herds with their offspring, while males live alone or in small groups of 2 to 4. Females can be very protective of their food and territory, fighting other females in their herd.

Mating Season is November and December. Males will fight other males with their horns during the mating season to win the right to mate with females. Gestation is 150 to 180 days. Usually only one baby is born. Twins are rare. Mountain goat kids weigh around 6 pounds and can move along the rocks with their mother a day or two after birth.

The average lifespan of a mountain goat is 9 to 12 years.