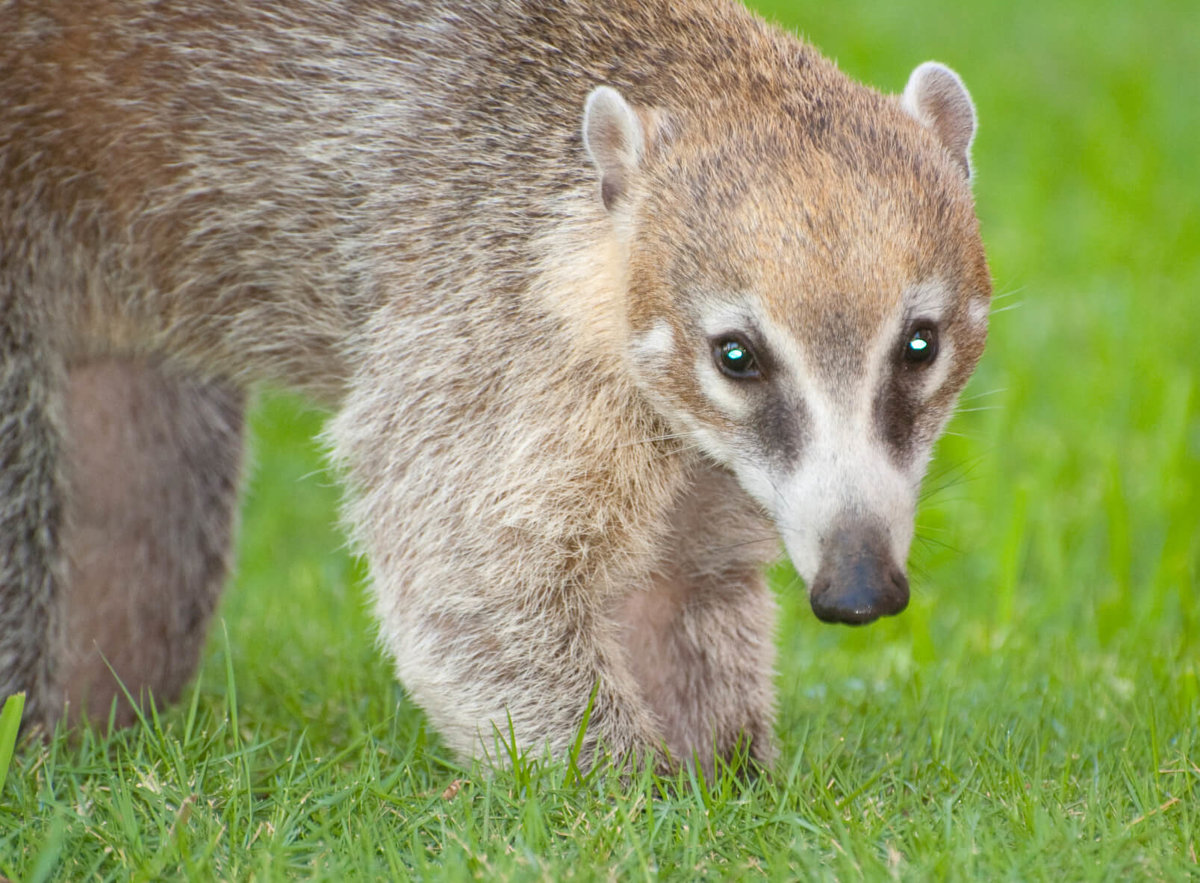 Coati are medium-sized mammals found only on the American continent. The coati is widely distributed in a variety of different habitats across North, Central and South America.

Coati primarily live in dense forests and wet jungles. Most coati spend the majority of their time in the safety of the trees. Some coati populations do inhabit mountains, grasslands and even deserts.

Male coati are solitary animals and only come together with other coati during mating. Female coatis live in tribes, called bands, of 10 to 30 animals.

Coati are nocturnal animals, active during the night. They are omnivorous, feeding on both plants and animals. The coati eats a variety of seeds, nuts, fruits, insects, birds eggs, reptiles and rodents.

Coati breeds at the beginning of rainy seasons occurring at different times throughout the year depending on the region. This time of year provides an abundance of food. Female coati leave their band and construct nests in trees or on rocky ledges. Mother coatis give birth to 2 to 7 coati babies following a 3 month gestation period. Baby coatis join their mother's band when they are about 6 weeks old.

Coatis are small and therefor easy prey for a variety of predators including pumas, jaguars, wildcats, snakes, crocodiles and birds of prey.

Coati are threatened by habitat loss and hunting. Coati are hunted throughout their range for skin and food. In the United States coati are often caught in traps set for other species, killed by hunters ostensibly looking for other species, or fall victim to 'predator' control campaigns. They disappeared from the Burro Mountains in New Mexico following a Coyote Canis latrans poisoning campaign.