What Are Coral Reefs? 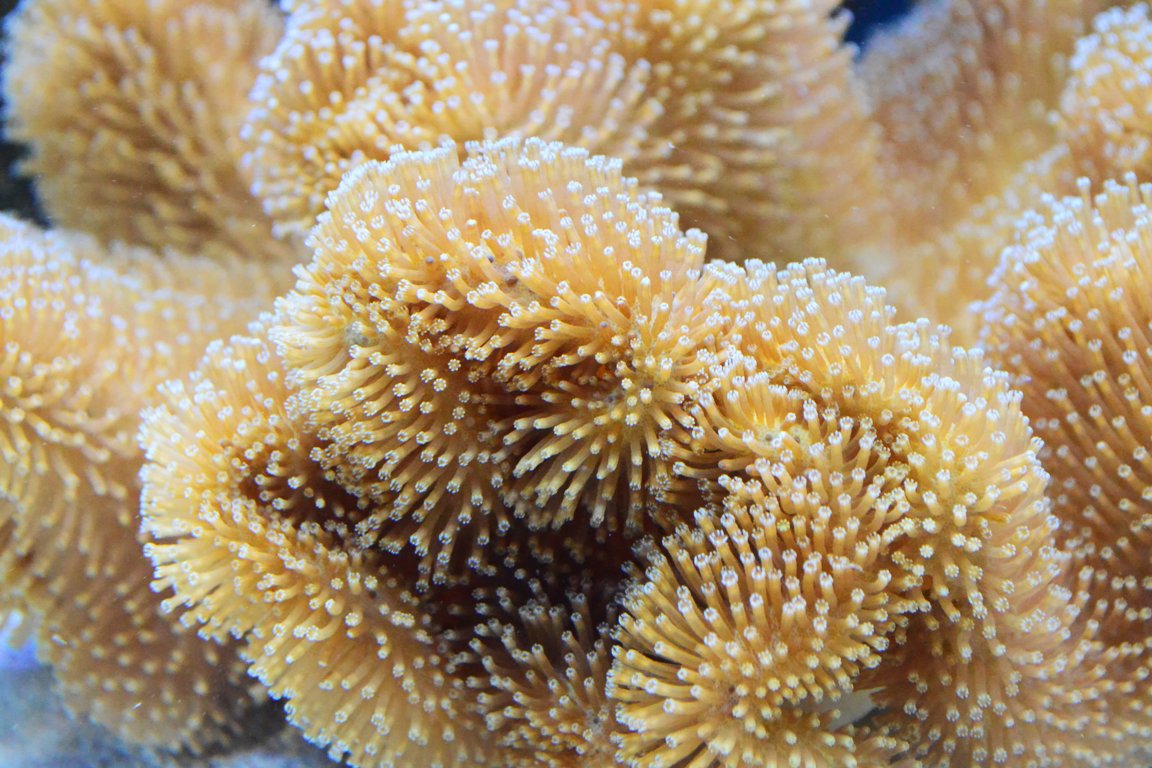 Hidden beneath the ocean waters, coral reefs teem with life. Coral reefs support more species than any other marine environment and rival rainforests in their biodiversity. Countless numbers of creatures rely on coral reefs for their survival.

Corals are animals, even though they may exhibit some of the characteristics of plants and are often mistaken for rocks. In scientific classification, corals fall under the phylum Cnidaria and the class Anthozoa. They are relatives of jellyfish and anemones. There are over 800 known species of reef­building coral worldwide and hundreds of species of soft corals and deep-sea corals.

Although individual coral polyps are tiny, they create the largest living structures on earth—some reefs are visible from space!

Coral reefs are also living museums, and reflect thousands of years of history. Many coral reefs were alive and thriving centuries before the European colonization of the nearby shores. Some reefs are even older than our old-growth redwood forests. They are an integral part of many cultures and our heritage.

These important habitats are threatened by a range of human activities. Many of the world’s reefs have already been destroyed or severely damaged by an increasing array of threats, including pollution, unsustainable fishing practices, and global climate change. As a result, 22 species of coral are now listed as threatened under the Endangered Species Act. However, we can still protect and preserve our remaining reefs if we act now.

Why Are Coral Reefs Important?

Healthy coral reefs are among the most biologically diverse and valuable ecosystems on earth, providing vital ecosystem services across the globe.

Coral reefs are an important habitat. Fish, corals, lobsters, clams, seahorses, sponges and sea turtles are only a few of the thousands of creatures that rely on reefs for their survival.

In addition to supporting an abundance of marine life, coral reef ecosystems provide people with many goods and services, including shoreline protection. Coral ecosystems protect coastlines from storms and erosion; provide habitat, spawning, and nursery grounds for fish; provide jobs and income to local economies from recreation and tourism; are a source of new medicines; have cultural significance; and are hotspots of marine biodiversity.

The benefits of healthy reefs are seen not just in the ocean, but also on land. Coral reefs contribute billions of dollars to world economies each year. The continued decline and loss of coral reef ecosystems will have significant social, cultural, economic and ecological impacts on people and communities in the U.S. and around the world.

The top threats to coral reefs, global climate change, unsustainable fishing, and land­based pollution, are all due to human activities. These threats—combined with others such as tropical storms, disease outbreaks, vessel damage, marine debris and invasive species—compound each other.

Unsustainable fishing practices in coral reef areas can lead to the loss of ecologically important fish species. Such losses often have a ripple effect on the coral reef ecosystems.

While some of the biggest threats facing coral reefs are global in nature and require action on a similar scale, addressing local stressors—like reducing runoff—is key.

Although research is critical to increasing what we know about the causes of reef decline, effective coral reef conservation can’t happen without you. Even if you live far from a coral reef, you can contribute to their conservation. Simple actions, like using less water, recycling, disposing of trash responsibly, and going vegan, can have big and far-reaching impacts.