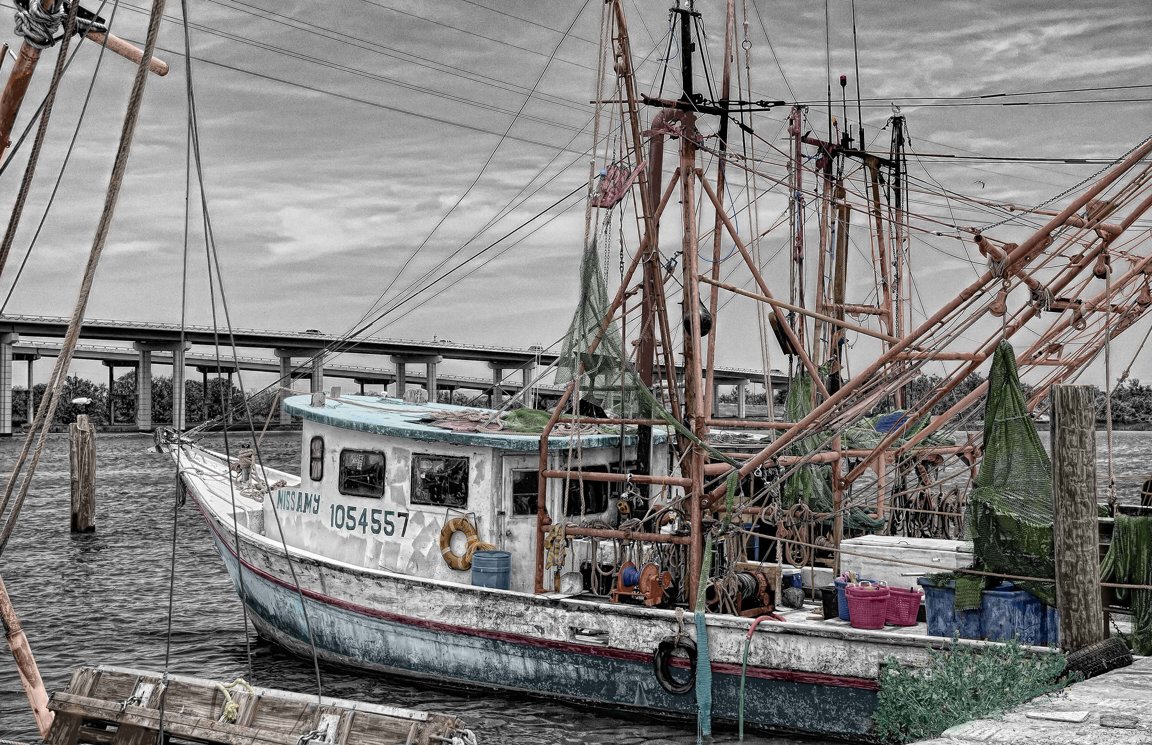 The majority of the world's fisheries are in a state of collapse. Too many boats are chasing too few fish. Many of the fish species currently in decline serve as important food sources for sea animals who, unlike humans, have no other food choices. In the Bering Sea, the effects of overfishing on marine animals are obvious. Fur-seal populations have not increased despite a long-standing ban on commercial hunting. The number of Steller's sea lions, which feed mostly on pollack (the number one ingredient in frozen fish sticks and served by fast food chains), has plunged 80% since the 1970s, and seabirds such as the red-legged kittiwake are also in trouble.

Modern fishing techniques have enabled humans to catch more fish than ever before, and the once seemingly abundant ocean is now being stripped of life.

In addition to the vast numbers of target fish being caught by today's fishermen, there are also non-target casualties. "Bycatch" is the name that fisheries have given to sea life that is caught, yet not wanted at the time. Bycatch may include dolphins, sea turtles, sea birds, starfish, or even commercially valuable fish not sought by a particular vessel.

These are industrial fishing vessels with large-mouthed nets wide enough to encompass three Statues of Liberty lined up end to end. Upon being cast into the ocean, these nets catch just about everything they touch. "Trawling" and "trolling" are sometimes confused, but trolling refers to a vessel towing bait near the surface of the water. With trawling, for every pound of commercial catch, 10 to 20 pounds of bycatch is caught and discarded as waste. As the huge nets drag across the sea floor, they not only capture sea creatures, they literally clear-cut the ocean floor, grinding up coral reefs and other habitats. By removing the organisms that provide shelter for little fish, trawling is not only breaking the food chain, but may also be the underlying cause of the recent collapse of many commercial groundfish stocks, which include cod, haddock, pollock and flounder.

These are fishing lines up to 80 miles long, which carry several thousand baited hooks at a time. These may catch swordfish, sablefish and sometimes tuna. Frequently, longlines catch other sea animals including sharks and sea birds. Worldwide, an estimated 180,000 birds die on longline hooks each year. Scientists agree that longline fishing severely impacts at least 13 seabird species, 3 of which are globally threatened with extinction. About 10% of the world's wandering albatross population is killed each year by longlines. Sharks have also been severely impacted by longline fishing, often killed just for their fins to be used in soup. Sharks have slow growth and reproductive rates, which makes them particularly vulnerable to overfishing.

These vessels will surround a school of fish with a large net, which is closed off at the bottom with a cable. This technique can trap an entire school of tuna as well as other fish. In the Eastern Pacific, yellow fin tuna often travel with dolphins (for reasons yet unknown), who are vulnerable to entanglement in purse seines if herded and encircled by the net.

Fishermen claim that seals are a costly menace, because they damage nets and eat or wound fish that "belong" to the fishermen. Despite the fact that most of the world's fisheries are in trouble due to overfishing, fisheries mismanagement, and pollution, fishermen routinely blame seals for reduced catches. Complaints by fishermen often lead to seal slaughters or "culls," which are crude and cruel attempts to boost fishery yields. However, there is little scientific evidence that seal slaughters help replenish fish stocks. In fact, removing large numbers of seals may actually hurt fish stocks, as other animals usually eaten by seals also eat commercial fish or compete with them for the same food. Additionally, fish eaten by seals account for only a small proportion of the fish that are removed from the marine environment. In some cases, fishermen remove 25 times more than seals, while other fish may eat 30 times more.

To stay warm in the North Pacific's cool waters, a 50-pound adult otter will consume a quarter of its body weight each day, which equates to roughly 16 pounds of crab, lobster, urchins, oysters and clams. The shellfish industry of Southern California owes its success to the near eradication of the sea otter by fur traders almost 100 years ago. As the sea otter population is slowly recovering and has begun to reclaim its native range, the shellfish industry has pushed for the enforcement of "otter-free zones." These zones are created when otters are removed from their rightful place in the ecosystem, and relocated to less productive areas where fishermen, and subsequently otters, have little interest. Sea otter relocation efforts are doomed to fail, as otters cannot recognize the invisible line that surrounds an "otter-free zone." Once relocated, otters fail to thrive. Relocation not only disrupts the sea otter social structure, but it increases food competition and causes territorial disputes, which ultimately results in more otter deaths.

Some species of tuna swim with dolphins. This special relationship has led to the depletion of both species, as fishermen locate tuna by looking for leaping dolphins. Scientists have confirmed that chasing and netting dolphins causes harm to their populations and suppresses their recovery. In 1986, before the original "dolphin safe" law went into effect, 133,000 dolphins were reported killed because of tuna fishing. In 1988, thanks to strict guidelines that prohibited the netting of dolphins, deaths were reported at less than 2,000. But in 1999, dolphin protection took a huge step backward. New guidelines have rendered the label meaningless, as tuna companies that encircle dolphins with huge nets are now allowed to label their tuna as "dolphin safe." Tuna are also in trouble from commercial fishing. Within the next few decades, blue fin tuna are expected to reduce to 10% of their historic range. Most blue fin on the market today are juveniles, as nearly all of the adults have been caught. Bigeye, yellowfin and albacore tuna populations are also declining.

All but one of the eight species of sea turtles are listed on the U.S. Endangered Species List, and all are protected under Appendix I of the Convention on International Trade in Endangered Species (CITES). Despite this protection, it is estimated that worldwide 155,000 sea turtles drown in shrimp nets each year -- many in U.S. waters. "Turtle-Safe" shrimp is caught with Turtle Excluder Devices (TEDs), which attach to shrimp nets and allow turtles to escape. While sea turtle drownings are almost entirely eliminated by the use of TEDs and are required in U.S. waters, some fishermen disable them because they mistakenly believe that TEDs reduce shrimp catches. Shrimp that is imported to the U.S. is also supposed to be caught with TEDs, however, regulation and compliance of foreign vessels is very questionable. And unfortunately, while TEDs may help protect sea turtles, they are unable to remedy the devastating damage that shrimp nets cause as they drag across the sea floor, destroying critical habitat and food sources for sea turtles and other sea life.

Eliminate or decrease fish from your diet.

If you witness a marine mammal being harassed by fishermen or injured by fishing gear, contact the National Marine Fisheries Service. The toll-free, national phone number for the enforcement division is 1-800-853-1964.

If you witness any other wild animals (ducks, geese, raccoons, etc.) being harassed by fishermen or injured by fishing gear, call your state Fish and Wildlife or Fish and "Game" department listed in the Government section of your local phone book.

When visiting a beach, lake or river, pick up any discarded fishing gear that you see and dispose of it properly.