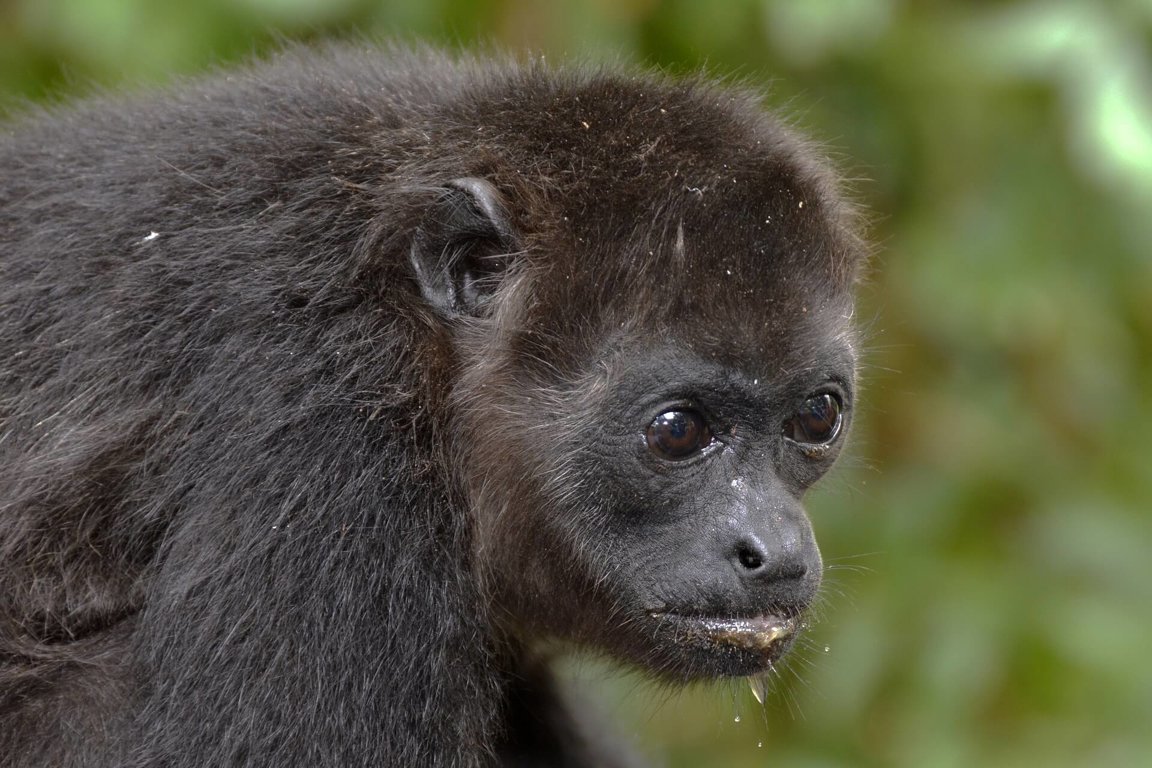 Howler monkeys move in troops of up to 18 howler monkeys. The leader of a howler monkey troop is usually an elder male. Troop members spend much of their time grooming each other and sleeping. Howler monkeys are believed to be one of the least active monkeys.

Howler monkeys feed mostly on eat leaves, but will sometimes eat fruit, seeds, flowers, buds and moss. Howler monkeys get most of their water from the food they eat.

Howler monkeys prefer not to jump from tree to tree, rather they use their hands, feet, or tails to hold on to one tree as they reach to the next tree. They will link together hand-to-tail between trees to create a bridge for young howler monkeys to walk across.

Howler monkeys live to be around 20 years old. Being large animals, howler monkeys have few predators with the exception of harpy eagles and humans.

Howler monkeys are threatened with habitat loss from clear cutting and logging by the animal agriculture industry. Their populations are in decline, especially in the Argentinean provinces of Salta, Formosa, Misiones and Corrientes. The Yucatán Black howler monkey is endangered. Howler monkeys are also targeted for bushmeat.