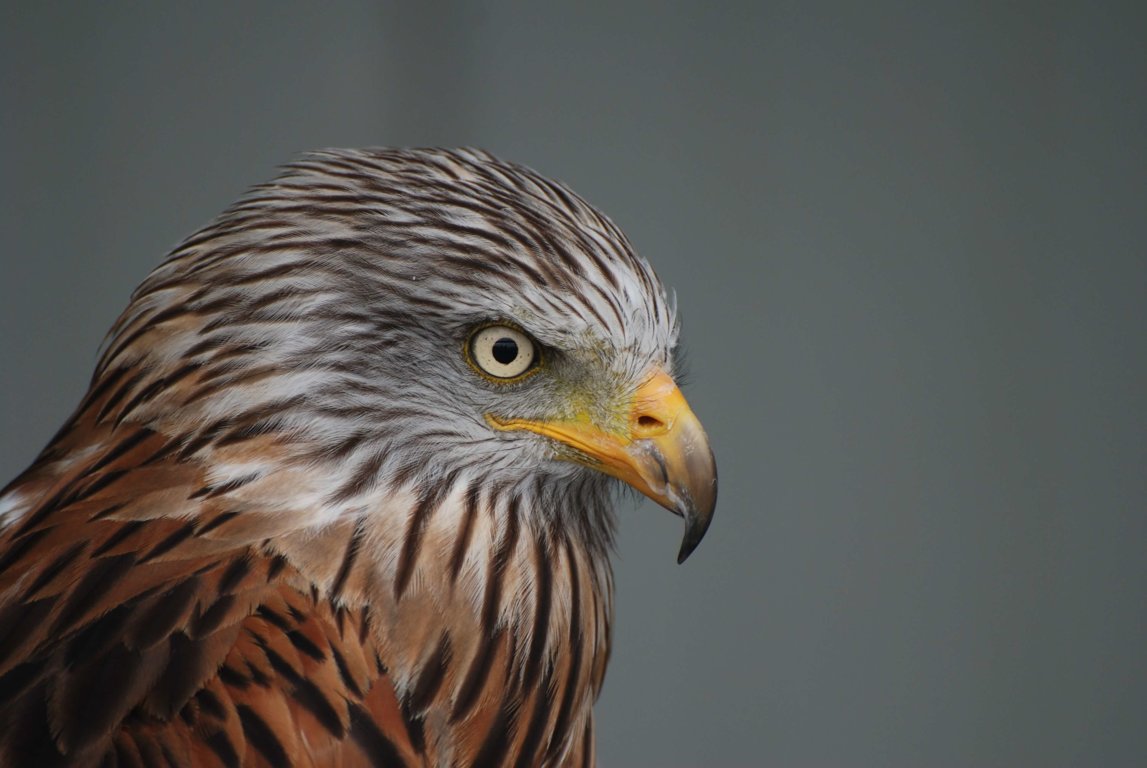 A falcon is any of several species of bird of the genus Falco, such as the peregrine falcon, which are raptors or birds of prey. These birds have thin, pointed wings which allow them to dive at extremely high speeds. Peregrine falcons, the fastest birds on earth, are said to have reached speeds of up to 200 mph. Other falcons include the gyrfalcon, Lanner falcon, and the Merlin. Some small insectivorous falcons with long, narrow wings are called hobbies, and some which hover as they hunt for small rodents are called kestrels. The falcons are part of the family Falconidae, which also includes the caracaras, laughing falcon, forest falcons, and falconets.

Peregrine falcons live mostly along mountain ranges, river valleys, and coastlines, and increasingly in cities. They are widespread throughout the entire world and are found on all continents except Antarctica. Peregrines in mild-winter regions are usually permanent residents, and some birds, especially adult males, will remain on the breeding territory. However, the Arctic subspecies migrate; tundrius birds from Alaska, northern Canada and Greenland migrate to Central and South America, and all calidus birds from northern Eurasia move further south or to coasts in winter.

Peregrine falcons feed almost exclusively on birds, such as doves, waterfowl and songbirds, but occasionally they hunt small mammals, including bats, rats, voles and rabbits. Insects and reptiles make up a relatively small proportion of their diet. On the other hand, a growing number of city-dwelling falcons find that feral pigeons and common starlings provide plenty of food.

Peregrine falcons breed at approximately two to three years of age. They mate for life and return to the same nesting spot annually. Their courtship includes a mix of aerial acrobatics, precise spirals, and steep dives. Females lay an average of three to four eggs. Scrapes are normally made on cliff edges or, increasingly more so, on tall buildings or bridges. They occasionally nest in tree hollows or in the disused nest of other large birds. The laying date varies according to locality, but is generally from February to March. The females incubate the eggs for twenty-nine to thirty-two days at which point the eggs hatch. Thirty-five to forty-two days after hatching, the chicks will fledge, but they tend to remain dependent on their parents for a further two months. The tercel, or male, provides most of the food for himself, the female, and the chicks; the falcon, or female, stays and watches the young.

Because of their high metabolic rates, peregrine falcons must consume more food in proportion to their size than most animals. To be efficient flyers, the digestive system of birds has to be both as light as possible and as efficient as possible. The need to keep weight as low as possible also means that, except perhaps prior to migration, there is a limit to the amount of fat the peregrine falcon can store. The respiratory system is also unique; the peregrine falcon maintains a one-way flow of air so that it can breathe while flying. The peregrine falcon also has cones in its nostrils to help regulate breathing at high speeds. Its circulatory system also needs to be exceptionally strong, because flying takes lots of oxygen. A bird's heart beats much faster than the human heart does, approximately 600-900 beats per minute.

The average life span of a peregrine falcon is approximately eight to ten years, although some have been recorded to live until slightly more than twenty years of age.

The Gyr falcon (Falco rusticolus) is a large bird of prey. This species breeds on Arctic coasts and islands of North America, Europe and Asia. It is mainly resident, but some birds disperse more widely after the breeding season, or in winter. Its male is sometimes called a Gyrkin and is smaller than the female.

The Gyr falcon is a bird of tundra and mountains, with cliffs or a few patches of trees. It lays 2-6 eggs on a cliff ledge nest. This is the largest falcon, with a wingspan similar to the common buzzard. The female is larger than the male.

This species is like a large peregrine falcon in general structure, but broader-winged and longer-tailed than the peregrine. It usually hunts by horizontal pursuit, rather than the peregrine's stoop from a height, and takes bird and small mammal prey such as ptarmigans and lemmings. Plumage is very variable in this species, although typically adults have slate-gray back and wings, and young birds are browner. Sexes are similar. Greenland gyr Falcons have white plumage, flecked with gray on the back and wings. Other geographical forms are varying intensities of gray in coloration: the Icelandic form is the palest, and Eurasian forms are considerably darker.

The Lanner falcon (Falco biarmicus) is a large bird of prey that breeds in Africa, southeast Europe and just into Asia. It is mainly resident, but some birds disperse more widely after the breeding season. The scientific or Latin name biarmicus comes from the fact that the Lanner has a sharp raised point located on its beak's edge about half the distance from the end of the beak to the corner of the mouth. Thus it is doubly armed with two cutting weapons on its beak. Nearly all falcons have this same type of beak structure.

It is a bird of open country and savannah. It lays 3-4 eggs on a cliff ledge nest, or occasionally in an old stick nest in a tree. Lanner falcon is a large falcon. It is like a large peregrine falcon in general structure. It usually hunts by horizontal pursuit, rather than the peregrine's stoop from a height, and takes mainly bird prey in flight.

European Lanner falcons have slate gray or brown-gray upper-parts, but the African birds are a paler blue gray above. The breast is streaked, but the belly is whitish, unlike Saker falcon. Sexes are similar, but the browner young birds resemble Saker. However, they never show the all-dark thighs of the larger species. Bred in captivity for falconry, their numbers are in something of a decline in Europe, though they remain relatively common in parts of Africa.

The name kestrel is given to several different members of the falcon genus, Falco. Kestrels are most easily distinguished by their typical hunting behavior which is to hover over open country and swoop down on prey, usually small mammals, lizards or large insects. Other falcons are more adapted to active hunting on the wing. Kestrels require a slight headwind in order to hover, hence a local name of windhover for common kestrel.

Their ability to spot prey is enhanced by being able to see ultra-violet which is strongly reflected by vole urine. Plumage typically differs between male and female, and (as is usual with monogamous raptors) the female is slightly larger than the male. This allows a pair to fill different feeding niches over their home range.

Kestrels are bold and have adapted well to human encroachment, nesting in buildings and hunting by major roads. Kestrels do not build their own nests, but use nests built by other species.

The peregrine falcon became endangered because of the overuse of pesticides during the 1950s and 1960s. Pesticide build-up interfered with reproduction, thinning eggshells and severely restricting the ability of birds to reproduce. The DDT buildup in the falcon's fat tissues would result in less calcium in the eggshells, leading to flimsier, more fragile eggs. In several parts of the world, this species was wiped out by pesticides. Eggs and chicks are often targeted by thieves and collectors.

Wildlife services around the world organized peregrine falcon recovery teams to breed them in captivity. The birds were fed through a chute so they could not see the human trainers. Then, when they were old enough, the box was opened. This allowed the bird to test its wings. As the bird got stronger, the food was reduced because the bird could hunt its own food. This procedure is called hacking. To release a captive-bred falcon, the bird was placed in a special box at the top of a tower or cliff ledge. Worldwide recovery efforts have been remarkably successful.

In the United States, the banning of DDT eventually allowed released birds to breed successfully. The peregrine falcon was removed from the U.S. Threatened and Endangered Species list on August 25, 1999. In 2003, some states began issuing limited numbers of falconry permits for peregrines due to the success of the recovery program. In the UK, there has been a good recovery of populations since the 1960s.