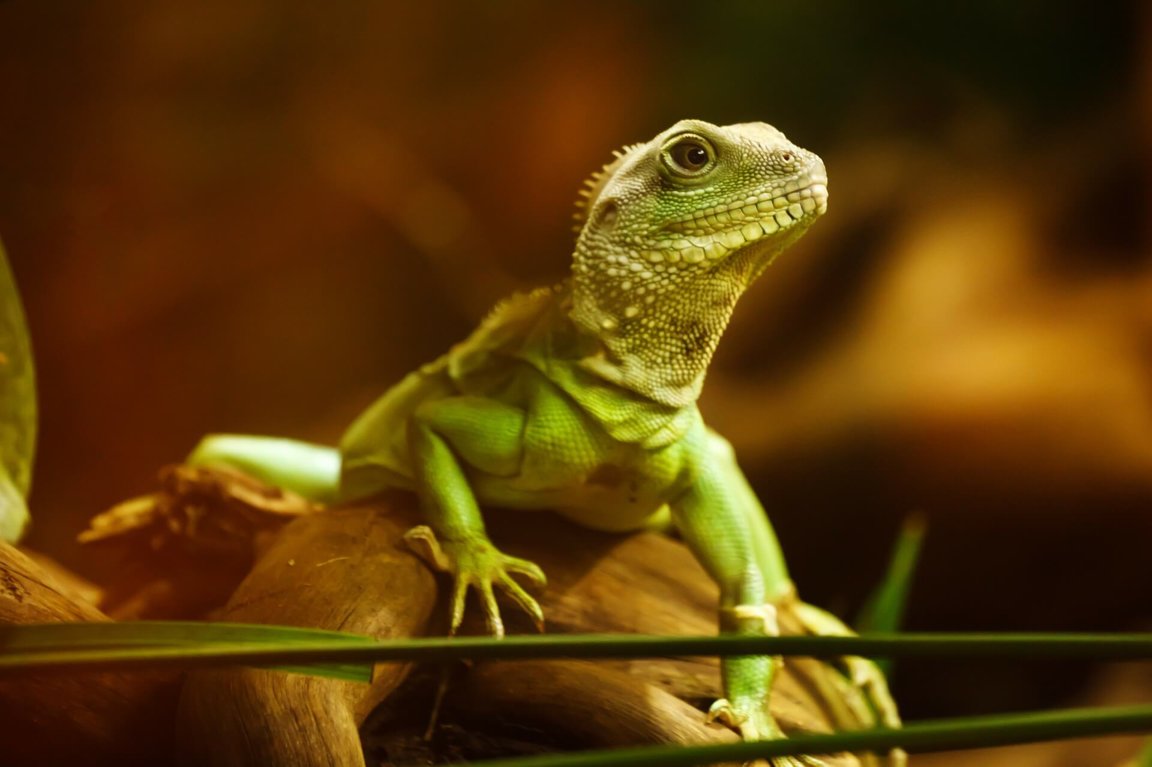 Water dragons are arboreal. They spend most of their time in the trees. They also prefer to be near a large body of water. Strong and capable swimmers, water dragons leap into water from branches high above to escape from predators. Their tails are designed to help them swim, shaped with flattened sides to act like oars. Side-to-side movement of their tails propels them through the water, while they tuck their legs in to create a streamlined form.

Water dragons can remain underwater for 90 minutes and sometimes eat underwater. They can sleep in water with only their nostrils protruding. During cold weather, sleeping in water overnight helps to keep them warm. The heart of a water dragon beats very slowly when under water, requiring less oxygen so the animal can stay under water longer.

Water dragons are omnivores, feeding on a variety of plants and animals. They prefer to eat small rodents, reptiles, amphibians, fish and insects. Water dragons catch prey with their long tongues. While most other lizards lose and replace their teeth throughout their lives, the teeth of water dragons are permanently fused to their jaws giving them a precise bite more like that of mammals.

Water dragons usually run on four legs. When they need to run faster, they run on their back legs.

Water dragon mating season takes place in the spring, following winter hibernation. Male water dragons bite the female's crest at the back of her neck to hold her in place when mating. Female water dragons dig burrows in the ground. They lay up to 18 eggs and bury them. Water dragon babies hatch after a few months. They remain close to the nest until they mature.

Due to their relatively large size, water dragons usually have few natural predators. Snakes, carnivorous mammals and large birds prey on water dragons. In addition to diving into water to escape danger, their strong tails can be used as a whip to defend themselves against predators.

Water dragons live up to 20 years in the wild.

Water dragons are poached at an alarming rate to be sold as pets on the black market. Captive water dragons often suffer from stress, metabolic bone disease, abrasions of the nose and face from their enclosures, obesity, abscesses from injuries, overcrowding, and poor hygiene. Exotic animals are wild and belong in their natural habitat. They do not adjust well to a captive environment.