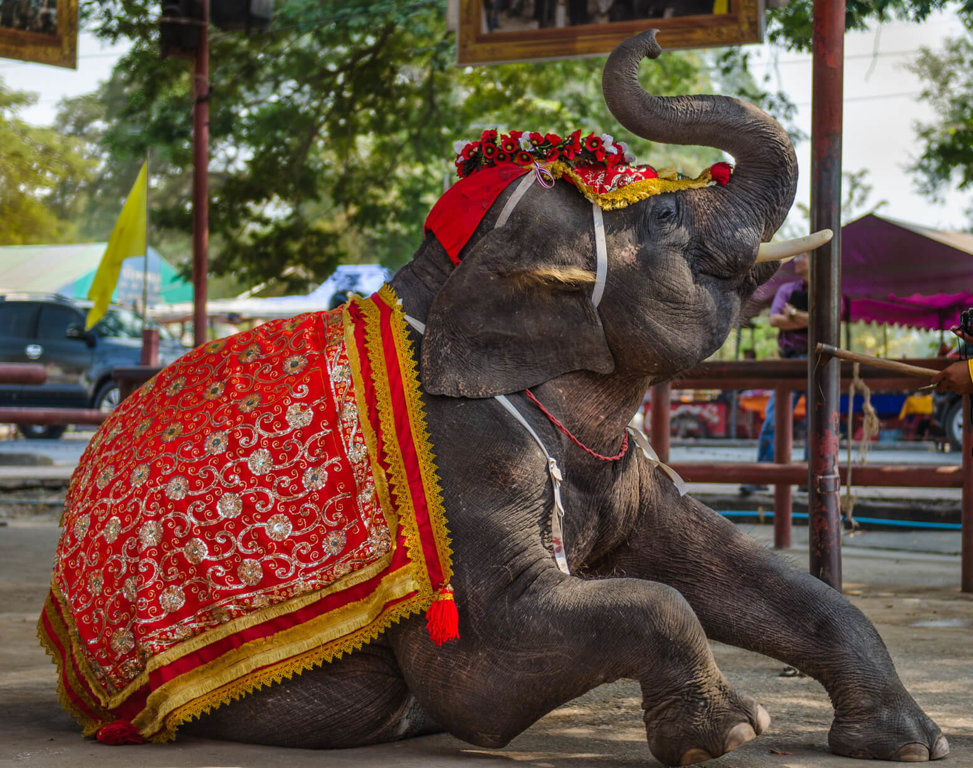 Some circuses still use elephants, tigers, chimpanzees, horses, bears and even dogs and cats to entertain crowds. Have you ever been to a circus? Were there animals there? Although some circuses still use animals, many others don't because they don't think we need to see animals performing tricks to enjoy ourselves. Instead, they have clowns, trapeze artists and acrobats.

A person who thinks it's OK to make animals perform in circuses might say...

"Animal trainers treat animals well and think of the animals as family."

"Animals wouldn't do tricks in the circus if they didn't want to. They love performing!"

"The animals are kept healthy and safe. They are better off in the circus than in the wild."

"Kids learn a lot about animals at the circus."

Someone who thinks making animals do tricks in the circus is wrong might say...

"Circuses might be fun for you, but they are not fun for animals. They do not enjoy doing tricks; they are forced to do them. If they don't do them right, they are punished."

"While the circus is traveling, animals are locked in cages. They don't get much exercise. Some animals aren't allowed to walk or run around at all."

"Animals in circuses get lonely and want to spend time with other animals like themselves."

"There are lots of circuses that don't use animals. Those are great fun for everyone!"

"Kids don't learn much about animals by watching them in the circus. To really learn about animals, we need to see how they act in their natural homes."

1. Think about how you would feel if you lived in a cage. Would you be happy? Would you be sad and lonely? Why or why not?

2. Do you think animals have fun at the circus? Why or why not?