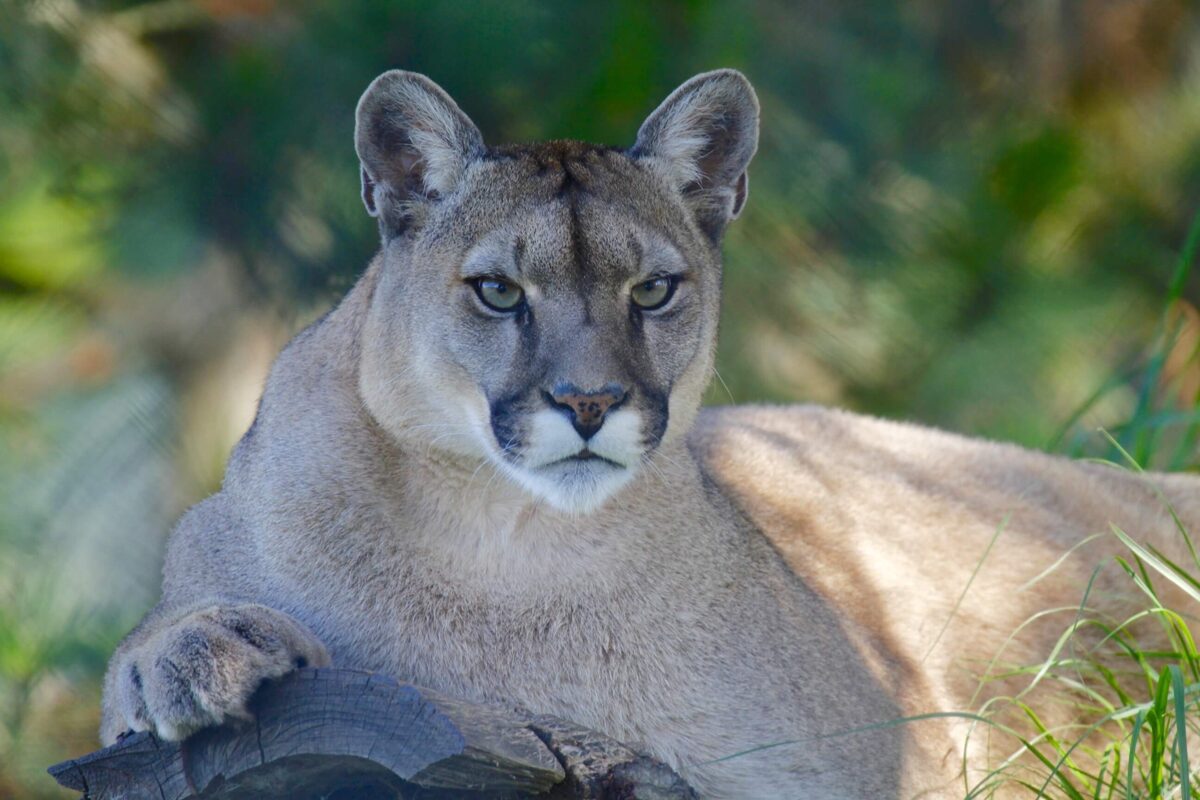 In the forests of Colorado, a mountain lion runs as fast as he can, away from the deadly snarling of a pack of hunting hounds. It is dawn, and he has been running all night. He is exhausted, limping on a bloody leg that was caught in a trap, but the sound of the hounds spurs him on. He staggers further - and is confronted with an enormous cliff. The snarling grows louder. He looks desperately for an escape, but is cornered, too tired to fight back. The last thing he sees is the band of hounds bounding toward him, their teeth at the ready, before bang! The bullet hits him, and he feels no more.

This was the tragic fate of over 29,000 U.S. mountain lions in the past decade. They were forced to undergo unbearable pain, torture, and terror before meeting a gruesome death - all so that their body parts can hang from a trophy hunter's wall.

Mountain lion trophy hunts are justified by hunters as protecting humans, by controlling mountain lion numbers and decreasing the risk of human-animal conflict. However, such hunts can actually increase the likelihood of being attacked. This was demonstrated last February, when a Colorado jogger was attacked and managed to strangle the animal. Trophy hunters used this instance, and others, to advocate for the right to hunt mountain lions freely. However, the reason the jogger was able to strangle the lion was that he weighed only 40 pounds - in other words, he was a kitten, three or four months old. There were no other mountain lions found in the area, indicating that the attacker was an orphan, and much too young to survive on his own. Without a mother, who was likely killed by humans, the starving kitten had no choice but to attack the jogger in his desperation for food.

Mountain lions do not naturally attack humans. Since 1890, there have only been 25 fatal attacks; it is far more likely to be struck by lightning or stung to death by bees. They will, for the most part, only attack if they are in desperate circumstances - for example, in the case of the Colorado jogger, if they have lost important family members. The killing of mountain lions does not prevent attacks, only upsets their delicate social structures and forces the poor animals to lash out at humans in starving desperation.

Since mountain lion trophy hunting does not prevent attacks, why do we do it? Why do we subject these majestic animals to torture, pain, and death, for no reason except to give trophy hunters a deranged sense of satisfaction? Why do we orphan kittens, slaughter mates, and shoot young, full adults, with their whole lives ahead of them? Help end this horrific practice in the United States to save thousands and lives and create a kinder, more humane planet.