Living In Harmony With Wildlife 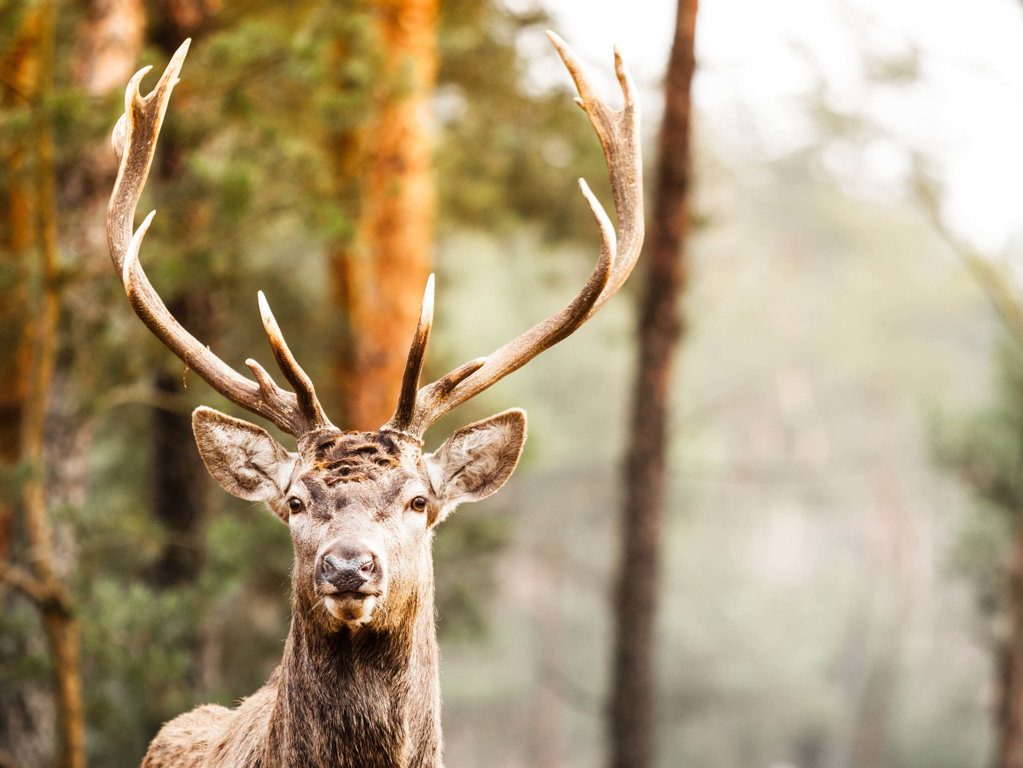 We cause our wild animal neighbors far more trouble than they do us, as each day we invade thousands of acres of their territories and destroy their homes. Here are some ways to live in harmony with them.

Cap your chimney. When birds sit atop chimneys for warmth they can inhale toxic fumes, and if the chimney is uncapped they can fall in and die. Because we have destroyed so many den trees, many raccoons nest in chimneys. If you hear mouse-like squeals from above your fireplace damper, chances are they're coming from baby raccoons. Don't light a fire--you'll burn them alive. Just close the damper securely and do nothing until the babies grow older and the family leaves. When you're absolutely sure everyone's out, have your chimney professionally capped--raccoons can quickly get through amateur cappings. Also, a mother raccoon or squirrel will literally tear apart your roof if you cap one of her young inside your chimney.

If for some reason you must evict a raccoon family before they leave on their own, put a radio tuned to loud talk or rock music in the fireplace and hang a mechanic's trouble light down the chimney. (Animals like their homes dark and quiet.) Leave these in place for a few days, to give mom time to find a new home and move her children. You might also hang a thick rope down the chimney, secured at the top, in case your tenant is not a raccoon and can't climb up the slippery flue. If the animal still cannot get out, call your conservation department for the name of a state-licensed wildlife relocator. Don't entrust animals' lives to anyone else, especially "pest removal services," no matter what they tell you.

You can also use the light-radio-patience technique to evict animals from under the porch or in the attic. (Mothballs may also work in enclosed places like attics, although one family of raccoons painstakingly moved an entire box of mothballs outside, one by one.) Remember, when sealing up an animal's home, nocturnal animals, like opossums, mice, and raccoons, will be outside at night, while others, like squirrels, lizards, and birds, will be outside in the daytime.

If an animal has a nest of young in an unused part of your house and is doing no harm, don't evict them. Wait a few weeks or so, until the young are better able to cope. We owe displaced wildlife all the help we can give them.

Wild bird or bat in your house? If possible, wait until dark, then open a window and put a light outside it. Turn out all house lights. The bird should fly out to the light.

Uncovered window wells, pools, and ponds trap many animals, from salamanders to muskrats to kittens. To help them climb out, lean escape planks of rough lumber (to allow for footholds) from the bottom to the top of each uncovered window well, and place rocks in the shallow ends of ponds and pools to give animals who fall in a way to climb out. Also, a stick in the birdbath gives drowning insects a leg up.

Relocating animals by trapping them with a humane trap is often unsatisfactory; animals may travel far to get back home. Also, you may be separating an animal from loved ones and food and water sources. It is far better and easier to use one of the above methods to encourage animals to relocate themselves.

Bats consume more than 1,000 mosquitoes in an evening, so many people encourage them to settle in their yards by building bat houses. Contrary to myth, bats won't get tangled in your hair, and chances of their being rabid are miniscule. If one comes into your home, turn off all lights and open doors and windows. Bats are very sensitive to air currents. If the bat still doesn't leave, catch him or her very gently in a large jar or net. Always wear gloves if you attempt to handle a bat, and release him or her carefully outdoors. Then find and plug the entrance hole.

Leave moles alone. They are rarely numerous, and they help aerate lawns. They also eat the white grubs that damage grass and flowers.

Gophers can be more numerous, but they, too, do a valuable service by aerating and mixing the soil and should usually be left alone.

Snakes are timid, and most are harmless. They control rodent populations and should be left alone. To keep snakes away from the house, stack wood or junk piles far from it, as snakes prefer this type of cover. Your library can tell you how to identify any poisonous snakes in your area; however, the vast majority are nonpoisonous.

People unintentionally raise snake and rat populations by leaving companion animal food on the ground or keeping bird feeders. It is far better to plant bushes that will give birds a variety of seeds and berries than to keep a bird feeder.

Denying mice and rats access to food in your home will do the most to discourage them from taking up residence there. Do not leave dog and cat food out for long periods of time. Store dry foods such as rice and flour in glass, metal, or ceramic containers rather than paper or plastic bags. Seal small openings in your home.

If you must trap an occasional rodent, use a humane live trap made for this purpose. If the trap is made of plastic, make sure it has air holes and check it often.

Be careful not to spill antifreeze which is highly toxic to animals, who like its sweet taste. Better, shop for Sierra antifreeze, which is non-toxic and biodegradable.

Many animals die tragically when they push their faces into discarded food containers to lick them clean and get their heads stuck inside. Recycle cans and jars. Rinse out each tin can, put the cover inside so no tongue will get sliced, and crush the open end of the can as flat as possible. Cut open one side of empty cardboard cup-like containers; inverted-pyramid yogurt cups have caused many squirrels' deaths. Also, cut apart all sections of plastic six-pack rings, including the inner diamonds. Choose paper bags at the grocery store, and use only biodegradable or photodegradable food storage bags.

Be sure any garbage cans under trees are covered--baby opossums and others can fall in and not be able to climb out. If animals are tipping over your can, store it in a garage or make a wooden garbage can rack. Garbage can lids with clasps sometimes foil the animals. One homeowner solved the strewn garbage problem by placing a small bag of "goodies" beside his garbage can each night. Satisfied, the midnight raider left the garbage alone.

Dumpsters can be deadly--cats, raccoons, opossums and other animals climb into them and cannot climb out because of the slippery sides. Every dumpster should have a vertical branch in it so animals can escape. (Ask your local park district to put branches in park dumpsters.)

Wild youngsters are appealing, but never try to make one your pet. It's unfair; they need to be with others of their kind. If you tame one, when the time comes for release, the animal will not know how to forage for food or be safe in the woods. Tame released animals normally follow the first humans they see, who often think, "Rabies!" and kill them. If you find a youngster who appears orphaned, wait quietly at a distance for a while to be certain the parents are nowhere nearby. If they are not, take the little one to a professional wildlife rehabilitation center for care and eventual release into a protected wild area. An injured bird can be carried easily in a brown paper bag, loosely clothes-pinned at the top.

On very hot days, some animals come out of hiding. Foxes have been known to stretch out on patios. Normally nocturnal adult animals seen in daytime should be observed--if they run from you, chances are they are healthy. If sick, they may be lethargic, walk slowly, or stagger. Distemper is more often the culprit than rabies. (Distemper is not contagious to humans.) Call a wildlife expert.

Get names and telephone numbers of wildlife rehabilitators from your local humane society or park authority; keep them in your home and car at all times in case of an emergency.

Don't use pesticides on your yard and leave part of it natural (unmanicured). Dead wood is ecological gold--more than 150 species of birds and animals can live in dead trees and logs and feed off the insects there. The U.S. Forestry Department says saving dead wood is crucial to kicking our pesticide habit. Top off, rather than chop down, dead trees 12 inches or more in diameter. Save fat dead logs. Leave plenty of bushes for wildlife cover. Keep a birdbath filled with water, and a pan for small mammals, and use heating elements in them in the winter.