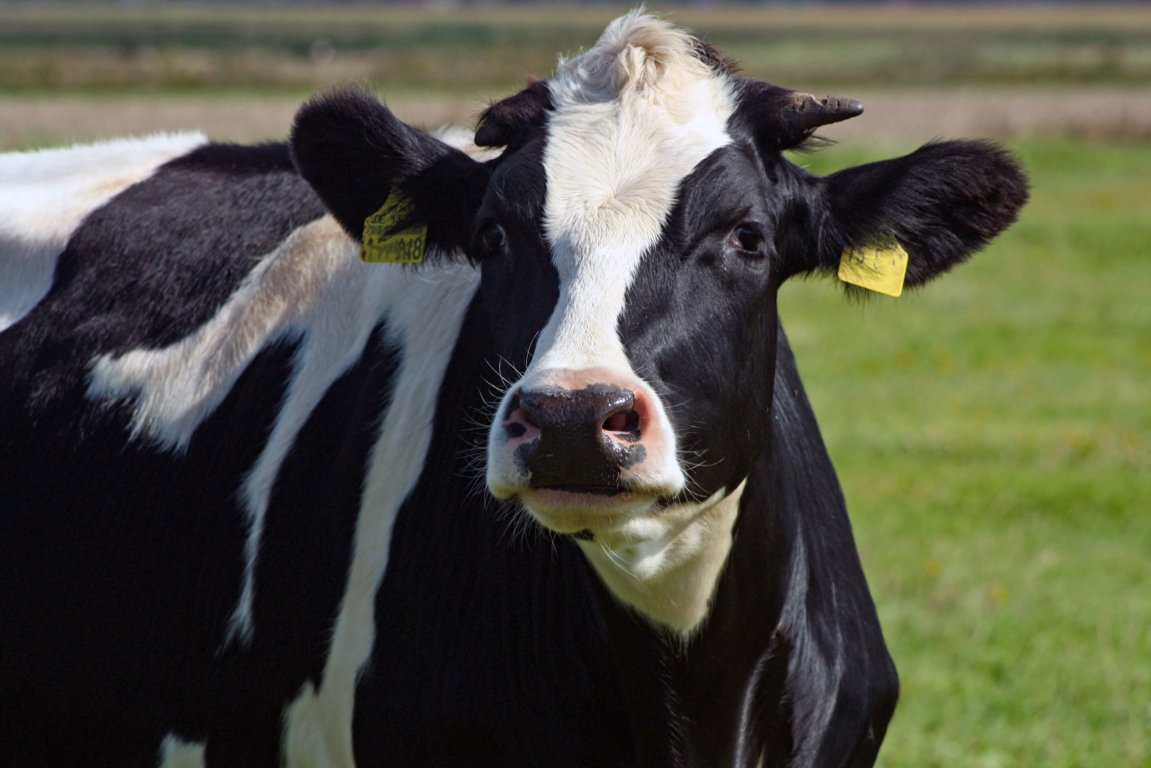 Consumers who avoid meat for ethical and/or health reasons often still consider dairy foods nutritious and humane. But products made from cow's milk are far from "natural" for humans and anything but humane for cows and their calves.

Cow's milk is suited to the nutritional needs of calves, who, unlike human babies, will double their weight in 47 days (as opposed to 180 days for humans), grow four stomachs, and weigh 1,100-1,200 pounds within two years. Cow's milk contains about three times as much protein as human milk and almost 50 percent more fat.

No other species besides humans drinks milk beyond infancy, and no other species drinks the milk of another species (except domestic cats and dogs, who are taught the habit by humans). After four years of age, most people develop lactose intolerance, the inability to digest the carbohydrate lactose (found in milk), because they no longer synthesize the digestive enzyme lactase. Lactose-intolerant people who drink milk can experience stomach cramps, gas, and diarrhea. By some estimates, up to 70 percent of the world's population is lactose intolerant.

In addition to being an unnatural food for humans, cow's milk, like other dairy products, is unhealthful. Dr. John A. McDougall calls dairy foods "liquid meat" because their nutritional contents are so similar. Rich in fat and cholesterol, dairy products, including cheese, milk, butter, cream, yogurt, and whey (found in many margarines and baked goods), contribute to the development of heart disease, certain cancers, and stroke our nation's three deadliest killers. Robert Cohen, author of Milk: The Deadly Poison, estimates that, by the time the average American is 50, he or she has consumed from dairy foods the same amount of cholesterol found in 1 million slices of bacon. Perhaps most surprisingly, the consumption of dairy foods has also been linked to osteoporosis--the very disease milk is supposed to prevent.

Osteoporosis is a debilitating disease characterized by low bone mass and deteriorating bone tissue. Contrary to the protestations of the dairy industry, this bone loss is not halted or prevented by an increased calcium intake so much as by a drop in protein consumption. Indeed, after studying the diets of 78,000 American women over a 12-year period, researchers at Harvard University concluded that "it is unlikely that high consumption of milk or other food sources of calcium during midlife will confer substantial protective effects against hip or forearm fractures"; participants in the study who consumed more than 450 milligrams of calcium from dairy foods per day actually doubled their risk of hip fractures. Foods high in animal protein, such as meat, eggs, and dairy products, leach calcium from the body in order to buffer the acidic byproducts that result from the breaking down of the excess protein; this causes a net loss of calcium. Societies with little or no consumption of dairy products and animal protein show a low incidence of osteoporosis. Furthermore, Dr. McDougall notes, "Calcium deficiency caused by an insufficient amount of calcium in the diet is not known to occur in humans."

Other illnesses are also more prevalent among those who consume significant amounts of dairy products than among vegans. Ninety percent of asthma patients who were put on a completely vegetarian diet (without meat, eggs, or dairy products) experienced great improvements in the frequency and severity of their attacks. According to the American Academy of Allergy, Asthma & Immunology, milk is the leading cause of food allergies in children, causing symptoms as diverse as runny noses, ear problems, muscle fatigue, and headaches. Dairy foods have also been implicated in congestive heart failure, neonatal tetany, tonsil enlargement, ulcerative colitis, Hodgkin's disease, and respiratory, skin, and gastrointestinal problems.

At least half of the 10 million cows kept for milk in the United States live on factory farms in conditions that cause tremendous suffering to the animals. They do not spend hours grazing in fields but live crowded into concrete-floored milking pens or barns, where they are milked two or three times a day by machines.

Milking machines often cause cuts and injuries that would not occur were a person to do the milking. These injuries encourage the development of mastitis, a painful bacterial infection. More than 20 different types of bacteria cause the infection, which is easily spread from one cow to another and which, if left unchecked, can cause death.

In some cases, milking machines even give cows electric shocks due to stray voltage, causing them considerable discomfort, fear, and impaired immunity and sometimes leading to death. A single farm can lose several hundred cows to shocks from stray voltage.

Large dairy farms also have a detrimental effect on the surrounding environment. For example, in California, which produces one-fifth of the country's total supply of milk, the manure from dairy farms has poisoned hundreds--perhaps thousands--of square miles of underground water, rivers, and streams. Each of the state's more than 1 million cows excretes 120 pounds of waste every day equal to that of two dozen people.

Cows on today's farms live only about four to five years, as opposed to the life expectancy of 20-25 years enjoyed by cows of an earlier era. To keep the animals at high levels of productivity, dairy farmers keep them constantly pregnant through the use of artificial insemination. Farmers also use an array of drugs, including bovine growth hormone (BGH); prostaglandin, which is used to bring a cow into heat whenever the farmer wants to have her inseminated; antibiotics; and even tranquilizers, in order to influence the productivity and behavior of the cows.

Many of the country's dairy cows are routinely injected with BGH, which manufacturers say increases a cow's production by 20 percent. That's not all BGH increases. According to the government warning that, by law, must accompany packages of the Monsanto company's BGH, the use of this hormone "has been associated with increases in cystic ovaries and disorders of the uterus" and may increase the number of cows afflicted with mastitis. The increased rates of infections in cows have led to an increase in the use of antibiotics at a time when scientists say the overuse of antibiotics has caused more and more strains of bacteria to become drug-resistant. Consumers Union, the publisher of Consumer Reports magazine, warns that higher infection rates in cows also mean more pus in the milk people drink.

Some researchers also worry about the long-term effects of consuming milk from BGH-treated cows. For example, Dr. Samuel Epstein, a professor of environmental medicine at the University of Illinois School of Public Health, believes such milk could increase the risk of some types of cancer in humans.

Perhaps the greatest pain suffered by cows in the dairy industry is the repeated loss of their young. Female calves may join the ranks of the milk producers, but the males are generally taken from their mothers within 24 hours of birth and sold at auction either for the notorious veal industry or to beef producers. If the calf is killed when young, his fourth stomach is also used in cheese-making; it contains rennin, an enzyme used to curdle (or coagulate) milk to turn it into cheese. Rennet, from whose membrane rennin is an extract, can also be used in this process. It is possible to make rennetless cheese (available at health food stores), but the close connection between the dairy, veal, and leather industries makes it cheaper for cheese producers to use calf parts than a vegetable-derived enzyme.

Within 60 days, the cow will be impregnated again. For about seven months of her next nine-month pregnancy, the cow will continue to be milked for the fluid meant for her older calf. A typical factory-farmed dairy cow will give birth three or four times in her short life. When her milk production wanes, she is sent to slaughter, most likely to be ground up into fast-food burgers.

Reduce or eliminate milk and dairy products from your diet.