Not Just Grunts: Pigs Have Something To Say 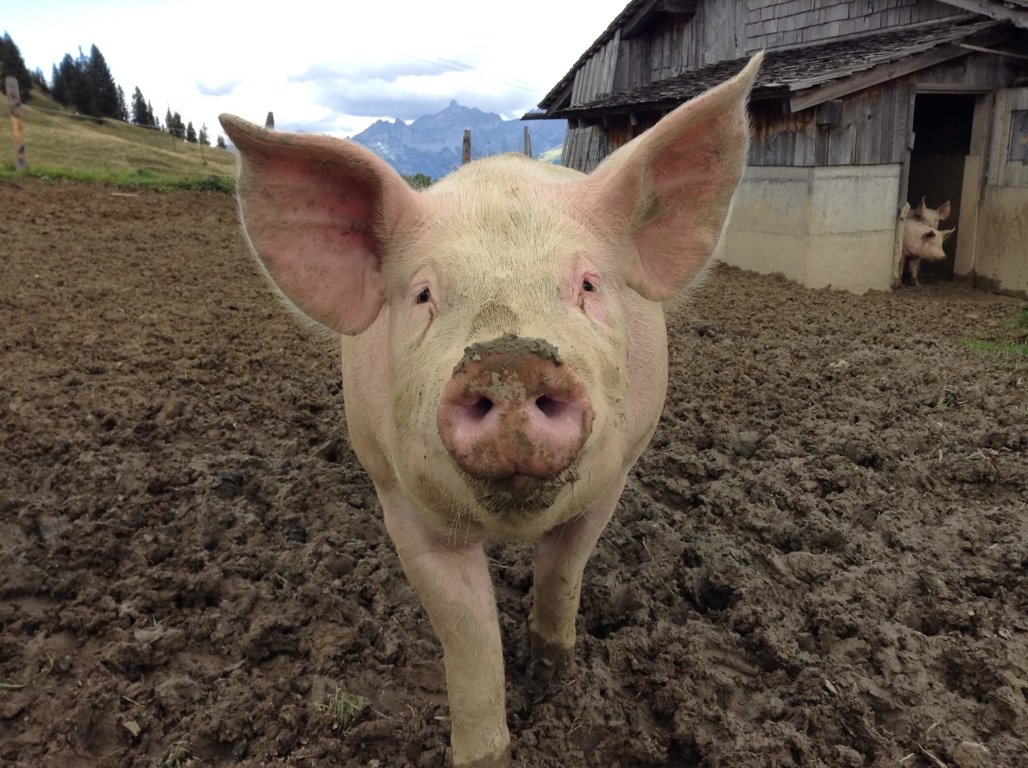 The grunts made by pigs vary depending on the pig’s personality and can convey important information about the welfare of this highly social species, new research has found.

Scientists specializing in animal behavior and welfare devised an experiment to investigate the relationship between personality and the rate of grunting in pigs. They also examined the effect different quality living conditions had on these vocalizations.

The study involved 72 male and female juvenile pigs. Half were housed in spacious ‘enriched’ pens with straw bedding, while the other half were kept in more compact ‘barren’ pens with partially slatted concrete floors, which adhered to UK welfare requirements.

To get a measure of the pigs’ personalities, the researchers conducted two tests: a social isolation test and a novel object test. Each pig spent three minutes in social isolation, and five minutes in a pen with a large white bucket or an orange traffic cone they had not previously encountered. Their behavior, including vocalizations, were observed. These tests were repeated two weeks later, allowing the researchers to determine if the pigs’ responses were repeatable – the defining characteristic of personality (also known as ‘coping style’ in animals).

They also recorded the frequency of grunts they made by counting the number of grunts produced per minute of the test, and investigated the effect different quality environments had on the sounds made.

The study indicated that pigs with more proactive personality types produced grunts at a higher rate than the more reactive animals. The study also found that male pigs (but not females) kept in the lower-quality conditions made fewer grunts compared with those housed in the enriched environment, suggesting greater susceptibility among male pigs to environmental factors.

The results add to evidence that acoustic signaling indicates personality in pigs. This may have had far reaching consequences in shaping the evolution of social behaviors, the researchers believe. The findings also suggest personality needs to be kept in mind when using vocalization as a measure of the animals’ welfare status.

Principal investigator, Dr Lisa Collins, a specialist in animal health, behavior and welfare epidemiology in the School of Life Sciences at the University of Lincoln, said: “The domestic pig is a highly social and vocal species which uses acoustic signals in a variety of ways; maintaining contact with other group members while foraging, parent–offspring communication, or to signal if they are distressed. The sounds they make convey a wide range of information such as the emotional, motivational and physiological state of the animal. For example, squeals are produced when pigs feel fear, and may be either alerting others to their situation or offering assurance. Grunts occur in all contexts, but are typical of foraging to let other members of the group know where they are.”