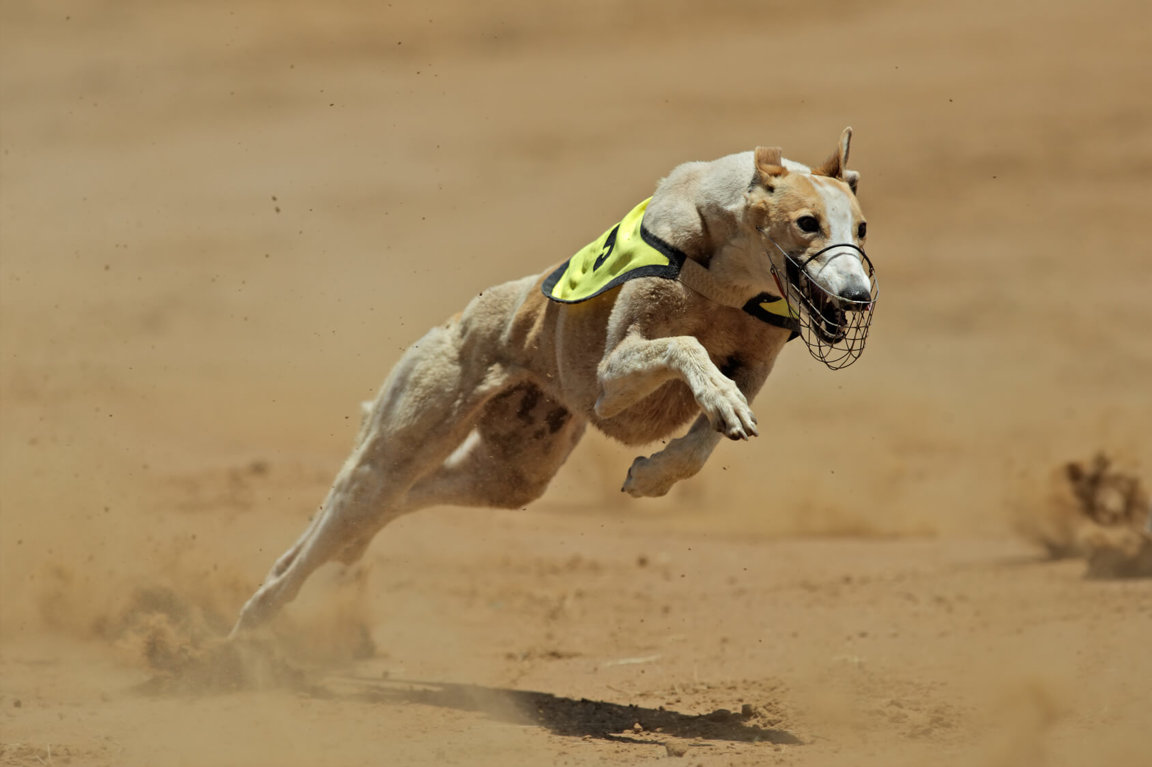 Wanton cruelty is inflicted on thousands of dogs by the racing industry each year. Since 2008, nearly 1,000 racing greyhounds have died and 12,000 have suffered injuries - including broken legs, crushed skulls, broken necks, paralysis, seizures, and death by electrocution. And these are just the reported injuries and deaths. The vast majority of the 80,000 greyhounds born into dog racing can't even be accounted for.

Thirty-nine states have already made the humane decision to ban greyhound racing, but this cruel sport continues to exploit greyhounds despite public outcry and overwhelming financial losses from a dying industry.

Racing greyhounds are kept in warehouse-style kennel compounds, in rows of stacked cages for twenty or more hours each day. They are fed a diet based on cheap, diseased meat, and are routinely deprived of basic veterinary care. They are often dosed with dangerous, illegal drugs.

A recently released national report on greyhound racing in the United States chronicled thousands of greyhound injuries and hundreds of greyhound deaths in the seven states where greyhound tracks still operate. The 80-page report, compiled by GREY2K USA and the ASPCA (The American Society for the Prevention of Cruelty to Animals), presented official data and dozens of photographs from nearly 600 sources from 2008 to the present.

11,722 greyhound injuries were documented. Injuries included more than 3,000 dogs that suffered broken legs and other injuries such as crushed skulls, broken backs, paralysis and electrocutions.

909 racing greyhound deaths were reported. The true number of deaths is likely higher as there are no verifiable statistics on the ultimate fate of greyhounds who survive racing but are disposed of each year when injured or no longer competitive.

2,200 state disciplinary rulings have been issued since 2008. Racing Commissions have a history of regulatory failures and industry attempts at self-regulating have proven to be ineffective.

Since 1991, forty-one dog tracks have closed or ended live racing, and the greyhound industry has seen a steady financial decline. Over the past decade, gambling on dog racing and greyhound breeding has declined by 66 percent and 57 percent, respectively. Government revenue from dog racing has dropped by 79 percent since 2001. As profits have declined, cost-cutting attempts - like feeding greyhounds inexpensive “4-D” meat from diseased animals - have resulted in poor track kennel conditions as well.

Greyhound tracks now operate in only seven states, but some of these states have laws that are propping up this dying industry by requiring gambling facilities to also operate greyhound tracks. This forced union continues to subsidize a cruel industry that drains millions of dollars from state governments.

Greyhound racing is illegal in the vast majority of the country. It's time to put an end to it once and for all.